Because as it turns out, true intimacy and emotional freedom thrive in a life of mutual discoveries between 2 imperfect and loving souls 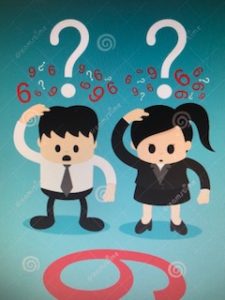 A conversation turns into an argument and oftentimes, in the blink of an eye, into a tit for tat all the way to a full-blown fight. In those moments, self-control goes out the window and a relational war can ensue. Objectivity then, gets relegated to entitlement: It’s no longer that ‘I am disappointed” it’s that “You are a selfish bastard!”. At this time, there is no resolution, all there is, is one or more dys-regulated brains looking to be rocked back to harmony.

This whiplash-move, from talking-to to fighting-with, is partially affected by how well we manage a phenomenon known as “cognitive dissonance”. Cognitive dissonance, the act of holding opposing views, is to the psyche what a sharp pebble in the shoe is to walking; really hard to ignore accompanied by massive moves to get rid of it.

Sitting across couples of all ages, different genders and cultural backgrounds over the years, has given me first row view at how the search for that mental harmony, if unbridled, annihilates the person(s) across from you.

As common as it is for all of us to experience the disquiet of holding conflicting views, tolerating mental discomfort is a vital relational skill. The key is to do it without letting the dissonance turn into an inward whirlwind and an outward brawl.

Mental discomfort, in its raw form, calls for immediate reduction or elimination of it and the discomfort ranges from mild to severe at any given time. Eating lots of chocolate while on a diet doesn’t bide well (very familiar with this one!). This opposing action calls for some sort of rationalization of justification to appease the internal conflict:” Well… it IS dark chocolate, I read it improves memory”. More on the severe side, I recall *Judy, a client in her mid forties who came to see me because she wanted to change her chronic hostile attitude towards her ailing father. It turned out she was caring for him out of guilt and an inappropriate sense of responsibility and whom she secretly resented for sound reasons. Judy, unknowingly, was experiencing a great dissonance: caring for him and resenting him, clashed, and unable to resolve the dissonance, hostility ensued.

• Being unaware of conflicting actions to our values or beliefs will generate mental discomfort in the form of anger, sadness, guilt or shame.

As soon as something we hear clashes with our values, beliefs or sense of identity, we experience mental discomfort. If unequipped to tolerate it and infernally resolve it, the discomfort is passed on to the person(s) across from us in a quest to self regulate. This move is also known as: “How dare you upset me?!  Know that line or some version of it? It is the sound of an agitated brain going on overdrive to turn dissonance into consonance.

• If the dissonance is sparked by some- thing, we attempt to regulate it by either justify, deny, rationalize or change our beliefs. For instance if we believe that spending $100 on a pair of shoes is elitist, (a value call) and then one day see an irresistible pair at $150, the decision to get them will come at the cost of having to adjust the nagging guilt which may creep up as we swipe that credit card: “Oh well, I deserve it, I work hard”. Bam! Mental discomfort meets justifying and the result is mental harmony back.

• If the dissonance is sparked by some-one, we seek mental comfort the same way, mainly by forcing our views onto others. Lacking proper restraints, we may want to coerce others to perceive us or our point of view(s) the way we’d like to be experienced despite evidence to the contrary, the very nature of nasty arguments. One case I recall, highlights it:

Mid session, *Rachel musters the courage to voice her anger and pain and it comes out in raw form: “You are a liar!” she cries out to *Steve, her husband of 17 years. Steve, unequipped to tolerate mental discomfort, recoils and his shallow breathing can be felt across the room: Leaning forward, he declares loudly and righteously: “Not one person that has ever met me would agree with you!”

Steve had in fact lied to Rachel but the liar-label assigned by his wife met his self declared loyal-label rattling his fragile sense of emotional balance. Rather than use the empathy needed to hear his wife’s pain, he chose to deny his actions in an attempt to hush the disquiet caused by the dissonance between his wife’s statement and his own internal image.

• Denying and/or Lying to our partners is one very common shortcut to appease our own mental discomfort.

Next time you are exposed to a potential dissonance, rather than forcing your thoughts on someone else in an attempt to achieve mental harmony, you can instead:

• First, deeply breathe
• Zoom in: “What am I seeking to get out this encounter?”
• Get curious: “How did I and how did you come about to care about this in different ways?”
• Alternate talk-time every 1 to 2 sentences: Uninterrupted monologues are word lashings.
• Speak frankly AND kindly: “I have a hard time seeing it your way and I feel strongly about this because…”
• Say it only once: Unless asked to repeat or clarify, diluting your message is a passive-aggressive way to thrash your point of view.
• Show gratitude : “Thank you for your perspective”.

Here’s to allowing dissonance to lead to profound conversations, rather than contentions.

*Actual names have been changed to protect individuals’ privacy.